Everyone knows that dogs can be clingy and touchy with their owners. They love to cuddle a lot with their humans.

However, these pets can also be naughty and jump right on their humans as a way of greeting them or playing with them. This habit can be both amusing and worrisome if your dog does the same thing to other dogs in doggy daycare.

An adorable Siberian Husky became viral on the internet because he had this tendency to jump right on the backs of other dogs. Clearly, the dog’s shenanigans had the Internet in fits of laughter. It was not like he really wanted to harm the other dogs – it was his own way of showing his affection for them.

The Siberian Husky was sadly expelled from the doggie daycare all because of his exuberant display of affection. This dog’s behavior evidence was uploaded to TikTok by user Stephanie Malak.

The video started with a lovely image of a Siberian Husky appearing naïve. Then, a series of amusing photographs showed the dog in action. In the photos, he was either already resting on the backs of other dogs or was in the process of doing so. The photographs were made more endearing by the fact that some canines were more receptive to the husky’s gesture.

The video of the husky quickly went viral, amassing 19 million views. It currently has almost 5M likes, over 130,000 shares, and more than 42,000 comments.

Numerous TikTok users expressed their opinions in the comments area. One person stated that if the husky were a person, he or she would be the kind to cover someone’s eyes and ask, “Guess who?” Another commenter observed that the dog was like an inebriated partygoer who took pictures with everyone. A third person said that the husky’s poses in every photograph made her cry out of happiness.

Someone stated that huskies exhibited the vigor of a German Shepherd and the attitude of a Chihuahua. Another netizen said that the dog did not understand boundaries and likely did not respond to people’s commands, adding that he was similar to the majority of untrained Siberian Husky puppies.

♬ Sorry I dont treat you like a goddess – Peyton Eberle 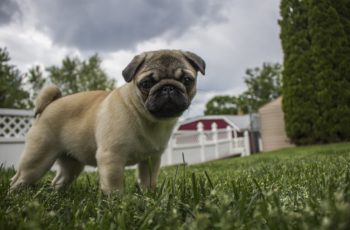 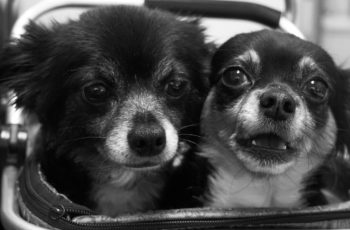