Figgy was 18 years old when his owner surrendered him to a local shelter. The toy poodle was toothless, blind, and has arthritis, but he didn’t have any major medical condition. He weighed six and a half pounds which is common for his size and breed.

The owner, who has had the dog for nine months, said that he had to give the dog up because his wife didn’t like him, especially when he had an accident inside their RV. She even called the dog stupid.

Because of his age and condition, Figgy was a good candidate for euthanasia. Fortunately for him, someone got in touch with the Muttville Senior Dog Rescue in San Francisco, California. The nonprofit animal charity group happily took him in.

Figgy was given a comfortable space in their facility, and the rescue volunteers surrounded him with love. The’s needs were provided, and he frequently had time to play and walk around. Despite seeing that the dog was happy and content, the staff knew that this wasn’t the ideal situation for him.

The senior dog would prosper better if he wasn’t in a shelter environment. He needed a place that he could call home and would receive more personal care and attention.

They asked around if anybody wanted to give the dog a forever home, and they found it in a woman named Eileen. This kind lady is a highly-experienced hospice caretaker who has helped the rescue group several times already. When she learned about Figgy’s dilemma, she didn’t hesitate to offer her home.

When the two met, Eileen said that Figgy was perfect. And with the holidays looming just around the corner, she filled up the proper papers and took the senior pooch home with her. He will now have his final home where he would be shown unconditional love in his remaining days. 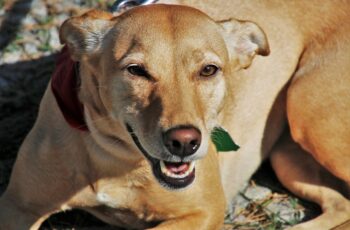 Klaus is a large brown dog that lived in a … 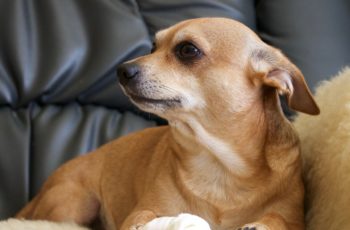 This little dog name Chico knows how much his family …