Not often do families have the opportunity to welcome a special puppy into their household. Some individuals may embrace a dog with bicolored eyes. Others may acquire a dog with spots resembling those of a cow.

However, the experience was different for a couple in Canada. They had just received an unexpected and advanced St. Patrick’s Day gift: a small green puppy! Because of its distinct appearance, the dog dominated the internet.

This is the tale of the green furry pupper.

Couple Trevor Mosher and Audra Rhys of Nova Scotia were concerned when their boxer-bulldog mix went into labor. This was because the mother dog delivered a suspiciously dark amniotic sac.

When a puppy was extracted from the amniotic sac, the couple was astonished. They observed the puppy’s green color. Despite this, the puppy was healthy. Audra confirmed this after conducting online research on the subject.

Inspired by a character from the renowned animated film franchise Shrek, the pair eventually named the green puppy Little Fiona.

According to Audra, they intended to keep the puppy, but were also interested in finding her a new home. The ideal new home for Little Fiona would be a close relative.

Audra added that it has been incredible to see how many people were interested in their green dog and how much happiness she has brought them.

Why are some pups green?

Little Fiona’s situation is unusual. However, this has happened before. Such a phenomenon has an explanation, according to experts.

When light-colored puppies come in touch with the green pigment biliverdin, they turn green. The aforementioned chemical is present in bile. It is the same pigment that causes bruises to leave green traces.

There is no cause for concern regarding the pigment. Despite the fact that biliverdin colored the puppy’s fur green, the color will eventually vanish. 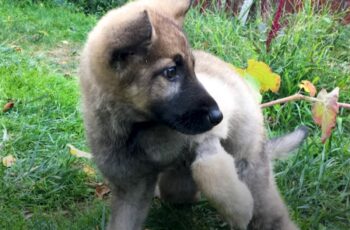 An animal control officer found a box while he was … 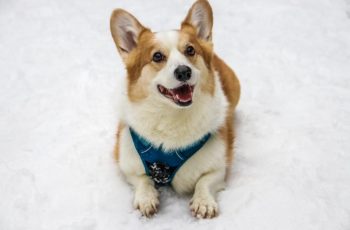