When an adorable pup named Marley found out that factories won’t be making copies of a strawberry plush anymore, he grew incredibly sad because it was his favorite toy. For the pup, the toy was one-of-a-kind and couldn’t be easily replaced. So when a store found out that this was the case, they decided to do something that would make Marley happy for the rest of his dog life.

You see, Marley is a service dog who helps those with autism see the day through. He’s a supporting figure for his human mom, Hayley Martin, who couldn’t be any prouder of the pup for all he’s done for her.

With Marley around, Hayley always felt at ease knowing that someone was looking after her. Understandably, she wanted to reward the caring pup with a toy of his choice.

Hayley wanted the pup to feel like he was a special boy so she gave him the freedom to pick whichever toy he wanted at the shopping mall. Within a few moments at the store, Marley knew what he wanted: a strawberry plush toy.

Marley’s human mom knew that the pup loved the toy so much because of how Marley begged her to buy it. Without hesitation, they purchased the toy and the pup immediately went on to play with it.

Even though a year had passed since they bought the toy, Marley still shows the same level of enthusiasm whenever he plays with it. Obviously, a whole year of playtime meant the toy would have some damage and it was getting considerably noticeable as the months passed.

Eventually, the toy was unusable because it was getting worn. So Hayley went back to the store where they got the toy from, but to her unfortunate surprise, she found out that it was getting discontinued.

Hayley knew that if she broke the news to sweet Marley, he’d be left feeling devastated. But when she decided to post about the pup’s toy on Facebook in an effort to find where it’s still available, she didn’t realize she’d be opening the doors to a more fun future for Marley.

Discover what’s in store for Marley with this video 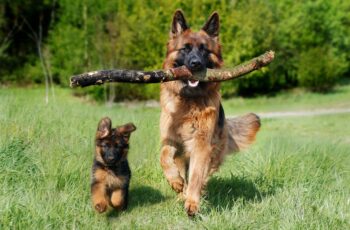 Homeless people struggle a lot to survive because even basic … 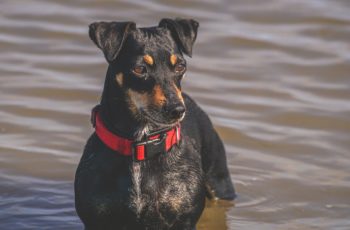