Dog persons love raising dogs because these animals give them the warmth and affection they need. Unlike cats, dogs don’t act like they’re better than everyone and everything. Dogs easily warm up to their fellow living creatures, so long as they don’t sniff out any ill intentions.

Take for example Daisy, a French bulldog. She’s part of a pack of Frenchies being raised by Carrie Bredy in her home in Federal Way, Washington. Her other siblings are named Tomato and Walter.

According to Carrie, Daisy is a calm and quiet dog. She does not bark as much as other dogs. Also, she’s quite loving.

Carrie has a fish pond on her property. The pond has a thriving fish population. As of late, she bought a koi fish, which she named Frank.

Carrie knew that koi fish are known for their friendliness. She hoped the addition of Frank to her fish pond would make its other inhabitants friendlier, too. Carrie was surprised when she realized that Frank’s friendliness would extend to other creatures beyond his wet world.

Daisy and Frank have a very, very special relationship. It still amazes me… she ignores the other fish, and waits for him. #truelove #interspecieslove #daisyandfrank

Frank immediately took a liking to one of Carrie’s four-legged wards, Daisy. This unlikely friendship amused and bewildered Carrie. According to her, among her three Frenchies, Daisy is the only one who has shown an interest in regularly visiting the fish pond.

As soon as Daisy’s by the edge of the pond, Frank would come near her to say hello. The two would then share sweet kisses. They would hang out for hours.

How this mutual affinity came to be is still mindboggling for Carrie. But she enjoys the unlikely friendship that blossomed between her Frenchie and her koi fish. This friendship is regularly documented via Carrie’s Instagram page.

If you wish to see more of Daisy and Frank’s blossoming interspecies romance, visit Carrie’s social media pages. You surely won’t regret it. 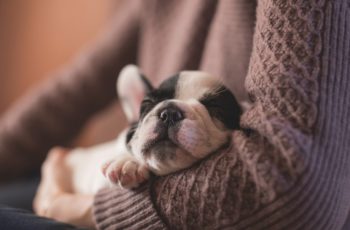 It is a common perception that dogs will always be … 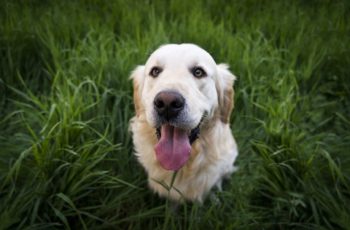 Danielle Sykora lost her eyesight at the age of two. …