A rescuer named Tim was on his usual drive to the rescue center. Before he arrived at their office, something caught his eye. Just a few feet away from the rescue center was a pit bull tied to a pole.

Tim immediately informed his fellow rescuers to help out the dog. This is not the first pit bull that was left outside the rescue center. The rescuers have had many instances where dogs are left near their rescue warehouse.

The dog was abandoned in a place where she was visible to passersby. Whoever left the dog knows that someone will find him.

It would have been easier if the poor canine was brought directly to the center. The rescuers assumed that the person was ashamed of leaving an animal. So they just left him near the rescue center instead.

The rescue workers have no choice but to help the dog. This particular canine was tied to a pole. The rescuers immediately noticed that it only had one lip. The rescuers assumed that he must have been to a dog fight.

She had scars and bruises all over. The rescuers can only assume what the poor canine went through, but they will truly never know.

The rescuers are sure that the poor canine did not have a happy life. The rescuers had a bit of hope when they found out that the dog had a microchip. They always check for one every time they rescue a dog.

They called the microchip company but were only provided a phone number. Unfortunately, the phone number was already disconnected. The rescue workers are just happy that they are the ones taking care of the pit bull. 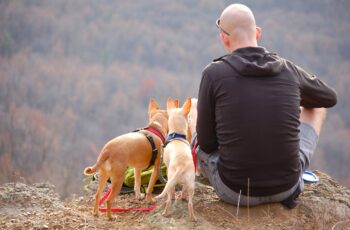 Trimming your dog’s nails could be challenging, especially during the … 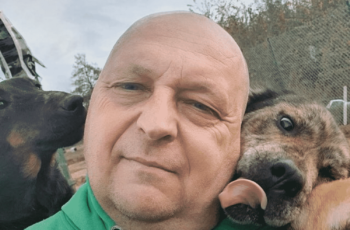