Parents often have the daunting and difficult task of making their sick children take medicines. The temper tantrums and display of stubbornness is nothing short of a nightmare, more so when your patient does not have the capability to communicate. And if your patient is an animal, this is a different story altogether.

This is Brutus, a Rottweiler taking prescribed arthritis medication. He has to take them multiple times a day and the task is something he loathes. He hates it so much that he resorts to acting up just to get away with taking it. 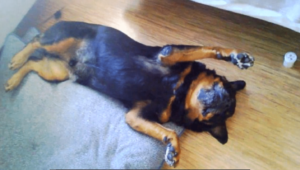 And like any concerned (fur) parent, his owner tries everything he can just so Brutus will take them. He bargains and even bribes the poor thing with a reward like a treat or with a promise to take him outside to play.

There came a time when he had to make Brutus take five pills for his condition. He wasn’t very cooperative, but his owner managed to put all five in his mouth. The next challenge, however, was to make him swallow them. 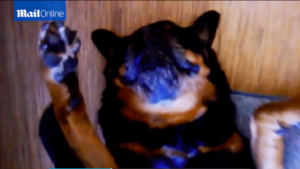 The stubborn rottweiler refused to be outsmarted, so he had a little trick up his sleeve. The black brat decided to put on some theatrics and played dead, pills on his tongue. Unmoving and making sure he doesn’t swallow them, he kept the pills in his mouth even though he started drooling like crazy.

This was just one out of a bunch of other tactics he has performed to get out of taking his meds. His owner sometimes puts it in his food but the smart-aleck knows it’s there, spitting it out. Once, he stuck it between his teeth and just tilted his head backward. Eventually though, the poor dog will just swallow them by accident. 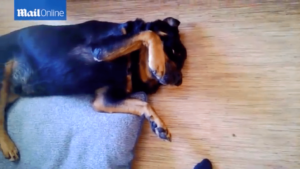 Despite his aversion for taking pills, Brutus’s condition has drastically improved since being taken in by his owners. An injury he got from his previous breeding home left him unable to walk. It could have been hard for him, but thanks to his owner, life got better once he was adopted.

To be able to pay for corrective surgery for his paws, his new family raised money for him. He was able to walk again and live a normal life as a dog.

So kids, listen to your folks. If Brutus has to overcome a few difficulties (like take those hard to swallow pills) so he can walk, so can you! 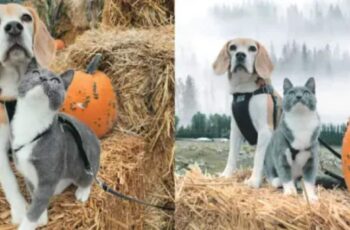 When Chloe’s dearest friend, a rabbit named Rue, passed away, … 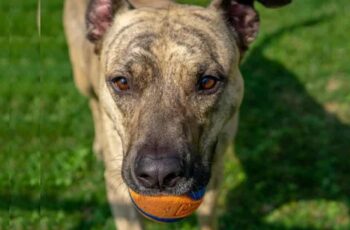