Grocery shopping is not only for humans, but it is also for dogs. Case in point, an intelligent pup named Hali surprised everyone after picking his own treats in a pet store and pays for them at the counter all by himself. No one can be as self-sufficient and organized as him.

Like every other dog, Hali is a treat-loving pooch who is fond of going to the pet store. However, he doesn’t need anyone—not even his owner—to shop for him. In a video that went viral, he proved to everyone that he could take his treats on his own that most mutts cannot do.

The well-trained dog started his grocery shopping by carrying his leash. He then accompanied his dad happily into the store, and that’s when the fun adventure began. With his tails wagging, he hurried off to the aisles and looked for his favorite treats excitedly.

Hali’s first pick was his favorite treat in a red pack, and with a little encouragement from his father, he put it into the basket. After that, he continued to get another snack; this time, it was a blue one, and repeated the same procedure. With his famous puppy eyes, he was also able to sneak in a white pack with him before they got to the counter.

At last, the time of payment finally came, but Hali’s work wasn’t over yet. This time, he proved that he isn’t a typical dog, but he is a well-trained shopper. Not only did he put his goodies in front of the cashier, but he also paid for it with his owner’s money.

If the whole thing wasn’t incredible enough, Hali even carried his plastic bag out of the store. He is, no doubt, the perfect definition of “strong and independent.” His owner is sure lucky to have him for a pet. 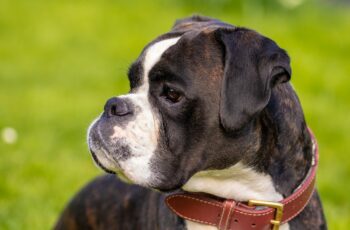 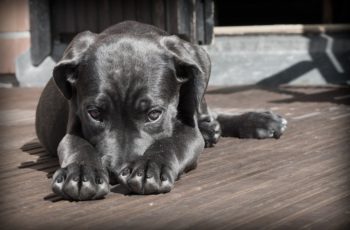 A terrible incident happened when a girl brought her dog …