Growing up, we were all made to believe that dogs and cats are mortal enemies. In countless cartoons and movies, these creatures are always depicted to be chasing each other around – the bigger dog going after the tiny cat. For this very reason, most people believe it to be the reality.

Through constant exposure to real-life situations, however, one learns that dogs and cats are not really incapable of cohabitating. As a matter of fact, they can even become best friends. Such is the case for a pair of cat and dog, whose friendship was put to the ultimate test. 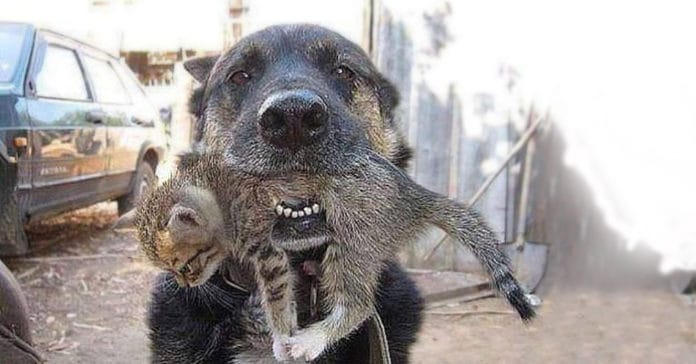 On October 20, 2014, an explosion occurred at a defense industry company in Ukraine. The explosion was so massive that it caused a fire that razed even the houses that were several kilometers away. As windows shattered and the fire approached them, panic-stricken residents were forced to act fast.

Hoping to save as many lives and salvage as many possessions as they can, the residents grabbed everything they could and released their pets. Immediately, both animals and humans ran to safety. One dog, however, did the exact opposite.

Instead of fleeing the house that was being ravaged by fire, the dog ran back inside it. With the fire growing bigger, the dog owner was unable to do anything but wait helplessly for his pet to return.

But just as his hope of ever seeing his beloved pet again was starting to wane, the owner caught a  familiar sight- it was his dog! And in the dog’s mouth was another creature – a kitten – that was too tiny and weak to have made it out of the house on its own.

As it turns out, the cat and dog always spent time playing together before the fire broke out. Unwilling to let his best friend die in the fire, the dog did what most wouldn’t – risk his own life to save the kitten. 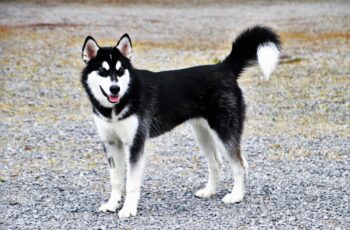 When three women named Thi, Thoa, and Tram heard about … 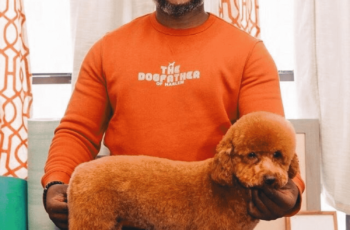 Armed with his grooming tools, this self-proclaimed Dogfather of Harlem …