Peggy, a Pittie, felt incredibly confused when her mom, Juliette, brought home Molly, a rescue Magpie. She was curious, but she didn’t know what it was so she kept her distance. She refrained from having anything to do with it.

Molly, on the other hand, was so inquisitive about the dog. She wanted to know what Peggy was and she insisted on becoming friends with the pup. She checked on it all the time but she never got too close. 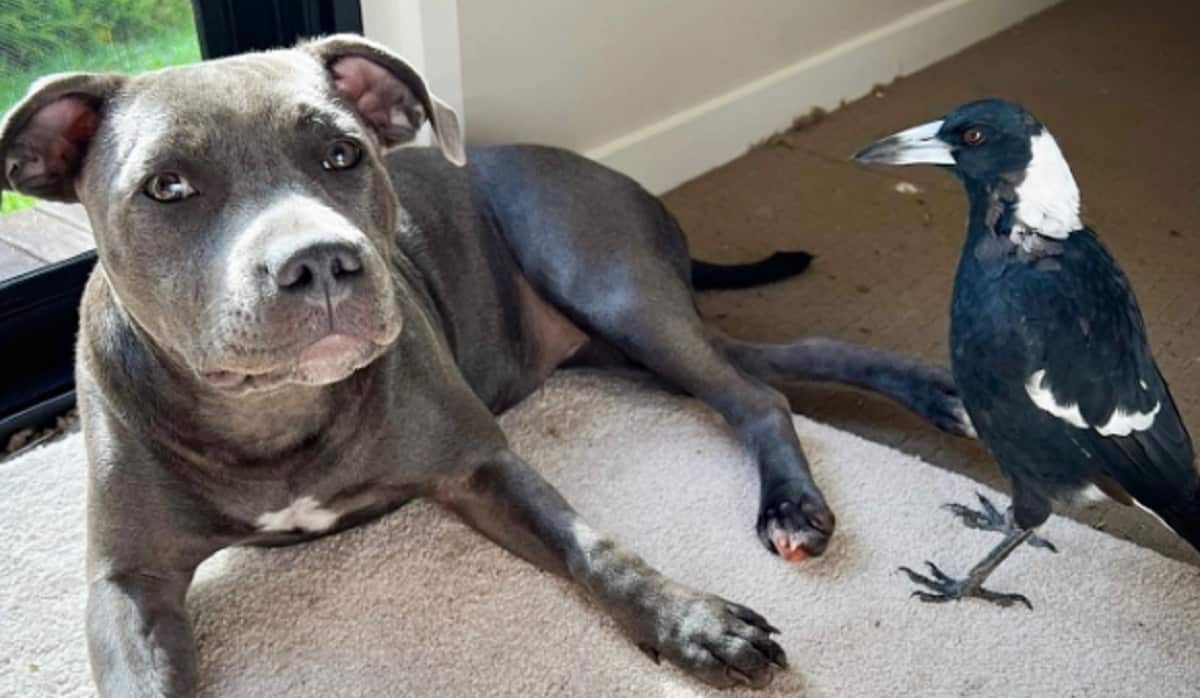 Juliette wanted the two to get along so she decided to let them interact with one another under her supervision. She placed them on the couch, kept them in the same room, and fed them together. She noticed insignificant changes at first but she was delighted because they made progress as days went by.

A few weeks out and Peggy finally started to tolerate Molly. She was ok to lay beside the bird although she didn’t want it touching her. But one, day, she just decided to give it a shot. She took a nap with the Magpie and even cuddled it. 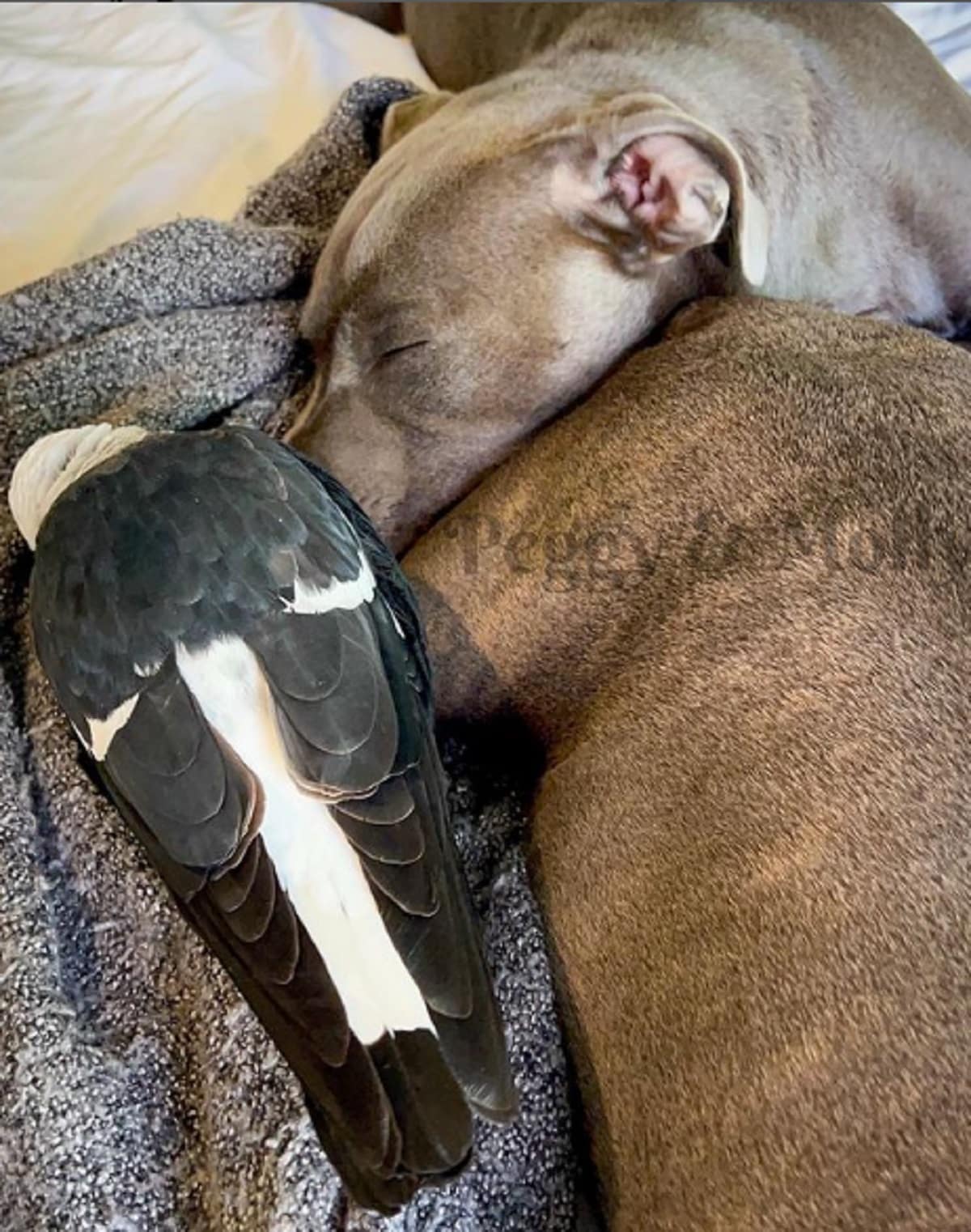 Since that day, Peggy decided to look after Molly. She shared her toys with the bird, and she didn’t mind when it tried to eat out of her food bowl. She even let it sit and sleep on top of her.

Peggy decided to take on a motherly role for the bird. She didn’t know how tough her job would be but she seemed up for it. She protected the bird, licked its feather, and nursed it with her own milk. 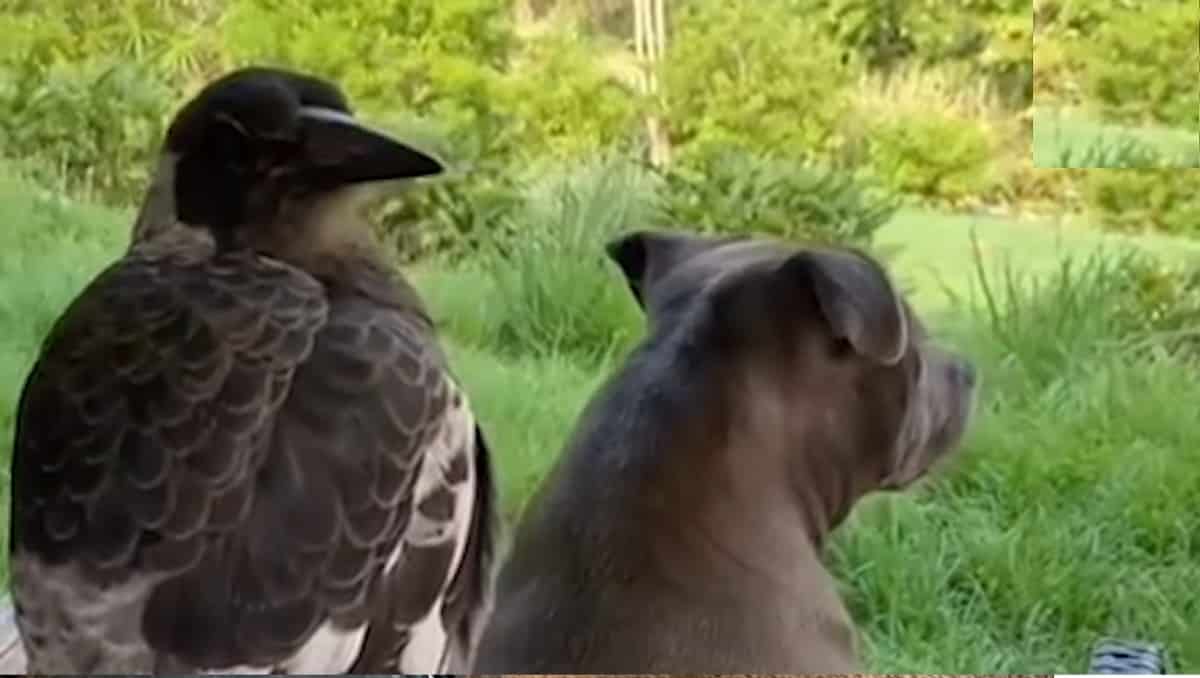 Juliette thought her dog was pregnant, but it wasn’t. According to the vet, it produced milk because of phantom pregnancy. Its motherly instinct caused its body to believe that it needed to produce milk.

Peggy is more than happy to look after the Magpie. She thinks she’s a bird and that she’s Molly’s mom. Well, it isn’t an issue at all because Molly thinks she’s a dog and that Peggy is her mom.

Credits: Instagram@peggyandmolly and The Dodo 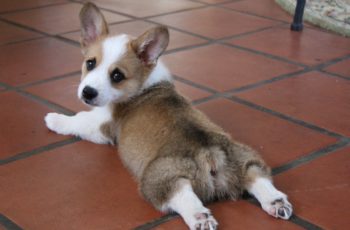 Corgis are known to be playful, tenacious, bold, and outgoing. … 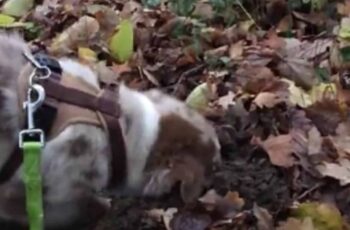 Everyone loves a bit of adventure in their lives, including …